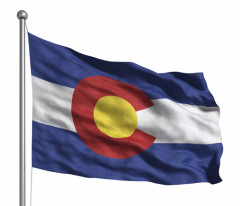 On April 4, 2011, E&E Legal (under its former name) and one other plaintiff sued the State of Colorado and several officials over the constitutionality of the state’s Renewable Energy Standard (RES) mandate. The RES requires the state’s major utilities obtain 30 percent of their power generation from “renewable” sources by the year 2020.

The lawsuit, headed by Dr. David Schnare, Esq., General Counsel, is based on the U.S. Constitution’s dormant Commerce Clause because the mandate provides economic benefits to Colorado’s renewable electricity generators that aren’t available to out-of-state renewable generators and because Colorado imposes its laws on businesses operating in other states. The RES law also discriminates against lower cost, more reliable energy generation from out of state suppliers, which is likewise unconstitutional.

Some states have limited renewable resource eligibility to production from generation facilities located within the state. Absent a significant change in Supreme Court application of the Commerce Clause of the U.S. Constitution, the restriction to instate generation will, if challenged, be found unconstitutional… The exclusion of out-of-state generation is sufficiently similar to court precedents to expect invalidation. . . .

Based on this and numerous other precedents relating to the Commerce Clause, E&E Legal believes we will ultimately win our lawsuit, not only striking down Colorado’s renewable energy standards but also paving the way for future successful challenges to similar programs in thirty other states.

The case is currently in federal district court in Colorado, and in early April 2013, the judge ruled on numerous discovery motions by E&E Legal, Colorado, and outside parties. E&E Legal has filed a motion for summary judgment arguing the Constitutional violations are obvious on the face of the statute and require the Court to strike the law.

This case is at a critical juncture.  E&E Legal has hired expert witnesses and invested other resources to ensure the best possible outcome.  The facts and the law are on the plaintiff’s side.  The defendants and the Sierra Club, who has intervened on behalf of Colorado, however, have significant financial and technical resources at its disposal.

If the Court only strikes some of the claims, the case will be tried beginning in Summer 2014.

One immediate outcome of the Colorado suit is that the Colorado legislature took up a bill that seeks – unsuccessfully – to alter their original RES to address some of the constitutional concerns raised by E&E Legal suit.  This attempted “fix” is a clear admission by the state that their RES is unconstitutional, and they are telling all states that have similar statutes that they are vulnerable to legal challenge, and will have to change their laws to remove preferences for in-state producers.

There are 30 states, including Colorado, with similar RES laws.  If E&E Legal prevails, and Colorado’s mandates are found unconstitutional, it will have tremendous repercussions not only for that state but the other 29 with similar standards.  This will require these states to reopen their RES policies, and provide an opportunity to rewrite the law in a way that make sound environmental, economic, and energy sense. Ultimately, prevailing in this case will force states to convert their laws into voluntary programs and otherwise force consideration of renewable energy mandates be taken up only by the Federal legislature.

Impact on the Fossil Fuels Industry

The renewable energy standards are part of a larger war on fossil fuels, putting the interests of the natural gas industry at the center of this litigation.  Although there has been some defensive litigation aimed at trying to stop EPA rules, E&E Legal is the only player going on the offensive – taking the action directly against an out of control state and its biggest ally, the Sierra Club.  E&E Legal is taking this action because the facts show that reliance on fossil fuels not only offers the lowest cost, highest quality power, but actually produces less air pollution because when wind is on the grid, coal and natural gas plants must operate in an inefficient way causing them to generate more emissions than otherwise.