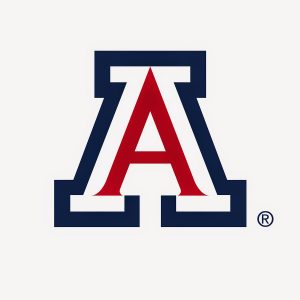 In 2011, E&E Legal filed a public records request with the University of Arizona and then forced to sue due to U of A’s refusal to release records related to what the London Telegraph’s Christopher Booker called “the worst scientific scandal of our generation.”  Specifically, the documents are emails relating to the notorious global warming “Hockey Stick”, and the group that made it famous, the Intergovernmental Panel on Climate Change (IPCC).

Following E&E Legal’s public records request to UofA, the University acknowledged resistance from the professors involved — both of whom, E&E Legal pointed out to the court, were improperly allowed to decide what emails were responsive to the request, and which ones they would allow the University to produce. U of A ultimately produced several hundred responsive emails.

Accompanying this production was an instructive 213-page roadmap of several hundred emails the academics insisted could not be released, involving either the “Hockey Stick” or IPCC. Unfortunately the indexes were also deliberately  scarce on details, though they do lay out correspondence between the Hockey Stick and IPCC authors (also identifying, e.g., emails about Professor and IPCC coordinating lead author Jonathan Overpeck’s work at the University for the environmentalist pressure group Union of Concerned Scientists, and emails to and from Phil Jones of the University of East Anglia, home to ClimateGate).

E&E Legal’s initial complaint explained how these emails, produced using taxpayer resources, involve two academics with: “…a history of using University (public) resources — including to send and receive the emails at issue in this case — for work-related participation in related organizations including the United Nations’ Intergovernmental Panel on Climate Change (“IPCC”), which was the subject of many of the most controversial emails produced, sent, received and/or held on publicly funded computer assets in the ‘Climategate’ leaks.”

Through the Climategate leaks, and releases under various freedom of information laws, the public has learned of troubling practices by a network of publicly funded academics involving, among other things, questionable use of statistics, organized efforts to subvert transparency laws in the United States and United Kingdom, campaigns to keep dissenting work from publication, recruiting journalists to target opponents and retaliation against scientists and editors involved in publishing dissenting work.