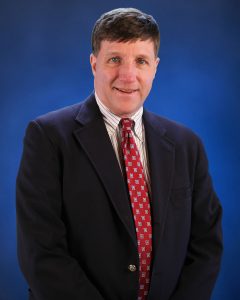 Craig Richardson is the President of E&E Legal, and is a seasoned professional with more than twenty-five years of experience. He previously served as Executive Director of the American-Danish Business Council, a group he helped establish at the request of the Danish Embassy, The National Park and Recreation Foundation, and Leadership for America’s Future PAC (LEADPAC), a PAC founded by former Congressman Steve Largent.

In addition, he has provided strategic communications and fundraising services to political clients, including serving as a key aid to former Majority Leader Tom DeLay. He also worked for the re-election campaigns of several U.S. Senators and U.S. Representatives. He co-managed Largent’s bid for Majority Leader of the U.S. House of Representatives in 1998, and has participated in numerous issue campaigns including anti-tax and deregulation initiatives.

In 1995, Richardson co‐authored, Red Tape in America, published by the Heritage Foundation. The book details excessive government regulation, its impact on the U.S. economy, and its citizens.

Richardson began his career in 1984 working for former Secretary Elliot Richardson’s U.S. Senate campaign in Massachusetts. He then served as a Research Analyst for the National Republican Senatorial Committee in Washington for the 1986 Cycle, and returned to Boston in 1987 to work at a regional public relations and advertising agency. In 1990, he returned to Washington to serve as an Account Supervisor for a Weber Shandwick-owned national public relations firm. In 1993, he started his own research, communications, and fundraising business before co-founding Washington Strategies, where he worked for nearly 10 years. In 2002, he sold his interest in Washington Strategies and joined DCI Associates as Vice President. In November 2003 he founded Richardson Consulting. 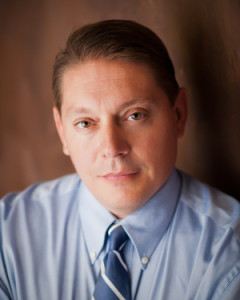 Steve Milloy is a recognized leader in the fight against junk science with more than 25 years of accomplishment and experience. Credited with popularizing the term “junk science,” Milloy is the founder and publisher of JunkScience.com and, from 2000-2009, wrote the popular “Junk Science” column for FOXNews.com. He is an expert on energy, environmental and public health issues, a public affairs consultant, author, TV/radio commentator and public speaker. Milloy was trained in natural sciences, biostatistics, law and securities regulation. He has also been an attorney for the U.S. Securities and Exchange Commission and a broker-dealer; and a registered securities principal, investment fund manager, non-profit executive, print/web columnist on science and business issues, and coal company executive. Milloy served on the Trump EPA transition team.

Milloy has authored the following books:

– Green Hell: How Environmentalists Plan to Control Your Life and What You Can Do to Stop Them, Regnery 2009 — an Amazon.com Top 100 seller; 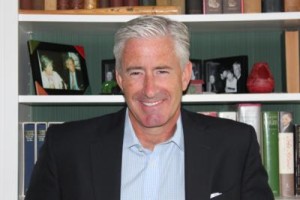 Christopher C. Horner is a Senior Legal Fellow for E&E Legal where he provides strategic and legal counsel on cases involving Freedom of Information Act (FOIA) filings and government transparency.

Mr. Horner is a senior fellow with the Washington DC think tank the Competitive Enterprise Institute, and is affiliated with European counterpart organizations and has represented think tanks, scientists and Members of the U.S. House and Senate on matters of environmental policy in the federal courts.

He has written on numerous topics in publications ranging from law reviews to legal and industrial trade journals to print and online opinion pages, and is the author of three best-selling books: Power Grab: How Obama’s Green Policies Will Steal Your Freedom and Bankrupt America (Regnery, 2010); Red Hot Lies: How Global Warming Alarmists Use Threats, Fraud and Deception to Keep You Misinformed (Regnery, 2008) and The Politically Incorrect Guide to Global Warming and Environmentalism (Regnery, 2007), which spent half of 2007 on the New York Times bestseller list.

He received his Juris Doctorate from Washington University in St. Louis where he received the Judge Samuel Breckenridge Award for Advocacy. 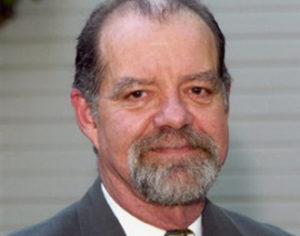 Tom Tanton is the Director of Science and Technology Assessment for E&E Legal. He is also president of T² & Associates, a firm providing services to the energy and technology industries. T² & Associates are active primarily in the area of renewable energy and interconnected infrastructures, analyzing and providing advice on their impacts on energy prices, environmental quality and regional economic development.

Tanton has 40 years of direct and responsible experience in energy technology and legislative interface, having been central to many of the critical legislative changes that enable technology choice and economic development at the state and federal level. Mr. Tanton is a strong proponent of free market environmentalism and consumer choice, and frequently publishes and speaks against alarmist and reactionary policies and government failures.

Until 2000, Tanton was the Principal Policy Advisor with the California Energy Commission (CEC) in Sacramento, California. He began his career there in 1976, developing and implementing policies and legislation on energy issues of importance to California, the U.S. and International markets. These included electric restructuring, gasoline and natural gas supply and pricing energy facility siting and permitting, environmental issues, power plant sitting, technology development, and transportation. Tanton completed the first assessment of environmental externalities used in regulatory settings. He has held primary responsibility for comparative economic analysis, environmental assessment of new technologies, and the evaluation of alternatives under state and federal environmental law.

As the General Manager at EPRI, from 2000 to 2003, Tanton was responsible for the overall management and direction of collaborative research and development programs in electric generation technologies, integrating technology, market infrastructure, and public policy. From 2003 through 2007, Tanton was Senior Fellow and Vice President of the Houston based Institute for Energy Research. He was also a Senior Fellow in Energy Studies with the Pacific Research Institute until 2010.