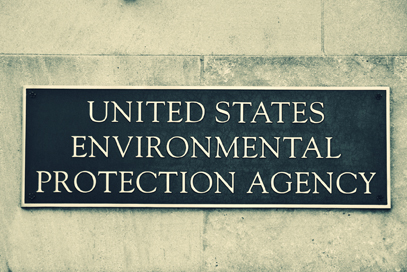 In 2012, E&E Legal (under its former name) filed two FOIA requests with the EPA regarding EPA’s close working relationship with the American Lung Association (ALA) and the Sierra Club, two pressure groups with which EPA has uncomfortably close ties, at great taxpayer expense. We learned through our research that ALA is an organization that actively lobbies and seeks funds from government agencies and private companies in return for promoting their agenda; lobbies and litigates for greater authority for EPA; runs billboard campaigns against politicians who challenge EPA; and has received more than $20 million from EPA in the last 10 years for its programs. The Sierra Club employs a similar model and has close working relationships with senior Agency officials.

In January 2013, after enduring more than 8 months of stonewalling by the EPA regarding the initial FOIA request, E&E Legal filed suit against EPA to compel them to turn over the records.  The complaint cited to journal papers and media reports in supporting its description that:

These two groups are the subject of heightened public interest for their close relationships with Defendant.

[American Lung Association, or ALA] presents a ‘prototypical transition…to an organization actively engaged in lobbying and seeking funding from both government agencies and private firms in return for promoting their agenda’, lobbies and litigates for greater authority for EPA, runs billboard campaigns against politicians who challenge EPA, and has received $20,405,655 from EPA in the last 10 years for its programs. The Sierra Club employs a similar model and has close working relationships with senior Agency officials.

In an affidavit filed with the complaint, E&E Legal informed the court that one of the two FOIA specialists assigned these distinct requests admitted that a supervisor instructed her and a colleague to perform no work on them. Following this, EPA constructed a cul de sac of refusing to perform a search for responsive records until E&E Legal agreed to pay estimated fees — which by law non-profits typically do not pay under FOIA — but which estimates EPA then refused to provide.

Christopher Horner, Senior Legal Fellow, who is also a senior fellow at the Competitive Enterprise Institute (CEI), had previously discovered and exposed that EPA administrator Lisa Jackson was using of a false-identity email account, “Richard Windsor,” apparently to hide certain sensitive correspondence. Horner learned that Jackson was using a false name, as part of a separate FOIA request to EPA on behalf of CEI. He also found that in addition to e-mail accounts, senior EPA officials were using instant messaging (IM) technology, both through EPA’s server and outside providers, to conduct official EPA business.

In early April, E&E Legal and CEI jointly filed a lawsuit in the Federal District Court in Washington, D.C. seeking certain EPA IMs to and from former EPA Administrator Lisa Jackson, EPA Administrator nominee Gina McCarthy, and one other former senior official. The records in question addressed the administration’s “war on coal,” and its relationship with influential environmentalist groups, including one, the Sierra Club, involved in high-profile “sue-and-settle” deals with the Obama administration. The groups sued EPA because they had failed to acknowledge that IM records even existed, and therefore did not produce any as part of the two groups’ FOIA requests.

Stung by widespread publicity resulting from the joint FOIA lawsuits, about a week following the filing of the suit, EPA acting administrator Bob Perciasepe reminded EPA employees that they are expected to comply with open-record laws in a letter. Most notably, this all-staff memo promised to do a better job better managing IMs, acknowledging that the EPA does in fact store IM records although the Agency apparently has never provided to Congress or FOIA requesters.

The publicity surrounding the EPA FOIA lawsuit spilled into the nomination hearing of Gina McCarthy, President Obama’s nominee to replace Lisa Jackson as EPA Administrator. She was asked in front of the U.S. Senate Environment and Public Works Committee, “Have you ever used EPA instant messaging accounts?” She responded, “One good thing about being 58 is I don’t even know how to use them.”

On April 25, E&E Legal and CEI withdrew their lawsuit (without prejudice) that sought to compel EPA to respond to the groups’ requests for certain Instant Messages (IMs) to or from three senior current and former EPA officials. The groups dropped their suit when EPA openly acknowledged the availability of IM technology after previously asserting that no such records for the three officials ever existed, and that none of the three officials had ever used “the U.S. Environmental Protection Agency’s instant-message application.”

In addition to EPA’s acknowledgement of the existence of IMs, an EPA training PowerPoint document surfaced that encourages EPA staff to unlawfully make use of non-EPA instant messaging systems, specifically suggesting AOL and Yahoo, which of course would never be subject to federal record-keeping or disclosure laws. The document also encouraged creating — and teaching other groups to create — websites on outside servers, where they “chat,” e-mail, and use other technologies whose trail will be difficult to follow with a cooperative agency, and likely impossible with one as committed to stonewalling “unfriendly” FOIA requests as this EPA.

E&E Legal will now be pursing numerous avenues of inquiry as EPA begins turning over IM records, and other valuable documents.