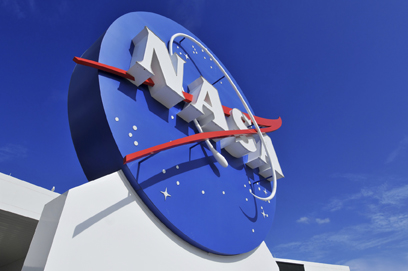 Dr. James Hansen was the top climate scientist at the National Aeronautics and Space Administration (NASA) and now former director of the NASA’s Goddard Institute for Space Studies, and in many ways the original climate alarmist. As part of our investigation of Dr. Hansen for using his position with NASA to enrich himself through outside employment, on January 19, 2011, E&E Legal (under its former name) filed a FOIA request asking for any forms relating to Dr. Hansen’s outside employment income.

Specifically, the request sought records detailing whether and how Dr. Hansen has complied with applicable federal ethics and financial disclosure laws and regulations, and NASA Rules of Behavior.  It also sought records to determine whether Dr. Hansen has filed applications for outside employment, like speeches, books (emails obtained already indicate NASA staffed worked on this), cash awards and other gifts, and other support.

NASA denied the FOIA request in March 2011 in part because of a FOIA exemption that “permits the Government to withhold all information about individuals in ‘personnel and medical files’ when the disclosure of such information ‘would constitute a clearly unwarranted invasion of personal privacy.’” Also in NASA’s denial was the claim that E&E Legal “failed to make the requisite showing with respect to Dr. Hansen’s outside activity …, namely, how these specific documents would contribute to the public’s understanding of the operations or activities of the Government, or how it would shed light on NASA’s performance of its statutory duties, such that the public’s disclosure outweighs Dr. Hansen’s privacy interest.”

But Dr. Hansen, like other senior federal employees, waived certain privacy interests as a condition of employment, and in fact is required to file permission forms before pursuing outside employment opportunities. These requirements include an annual detailed public financial disclosure.

After refusing to release Dr. Hansen’s public financial records, on June 21, 2011, E&E Legal filed a lawsuit in federal district court in the District of Columbia to force NASA to release ethics records for Dr. Hansen. We maintained that NASA’s compliance with ethics laws, and a senior employee’s outside revenue-generating activities, are patently of public interest, as is clear in the Ethics in Government Act of 1978.

In late September 2011, under pressure from our FOIA request and the subsequent lawsuit against NASA, we finally received Dr. Hansen’s 2010 public financial disclosure, revealing up to $1,232,500 in additional outside income in 2010 including honoraria for speeches, prizes for climate change advocacy, and first class air travel for he and his wife on trips to Australia, Japan and Norway.

E&E Legal’s FOIA request and litigation exposed significant conflicts of interest and potential ethics violations for Dr. Hansen and the work he does for taxpayers at NASA, as well as demonstrating that climate change scientists are hardly the disinterested and modestly paid scientists that radical environmentalists typically portray them as, in contrast to allegedly bought-off and highly-paid climate ‘skeptics.’