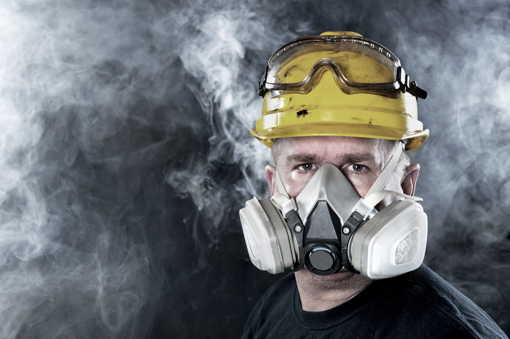 In September 2012, E&E Legal (under its formal name) filed a federal lawsuit seeking to stop illegal human medical experiments conducted by the EPA. Six EPA employees at the University of North Carolina at Chapel Hill Medical School intentionally pumped what they termed “lethal” amounts of diesel exhaust, specifically small particulate matter termed “PM2.5,” directly into the lungs of human volunteers who were not properly advised of the risks. EPA actually has pictures of this gas chamber, a clear plastic pipe stuck into the mouth of a subject, his lips sealing it to his face, diesel fumes inhaled straight into his lungs.

Federal law prohibits medical experiments on humans imposing risks that are not reasonable in relation to the anticipated benefits. Those laws prohibit including possible long-range effects of applying knowledge gained the research when weighing risks and benefits. The EPA admits there is no potential benefit to directly inhaling diesel fumes.

The suit named the EPA and former EPA administrator Lisa Jackson as defendants. It sought to immediately halt the experiments, halt any similar experiments, to declare the EPA did not provide sufficient information to victims, to halt expenditures for the study, to suspend use of the UNC Medical IRB unit, to prohibit the EPA from using information from the study and to suspend implementation of any rules under the Clean Air Act to control fine particulate matter until it is ensured they are not based on information gathered from illegal medical experiments.

The case stemmed from E&E Legal Senior Policy Fellow and JunkScience.com publisher Steve Milloy’s 2011 FOIA request with the EPA regarding their human PM2.5 experiments. He poured through thousands of documents, which indicated that the agency used its facility located on the campus of the University of North Carolina School of Medicine to conduct their research on the effects of PM2.5 on human test subjects. The agency parked a running diesel truck outside of their UNC facility, attached a pipe to the truck’s exhaust, and ran the pipes inside to a lab (referred to as a “gas chamber” by the EPA), where a human test subject was placed at the other end breathing in the fumes through a gasmask type of apparatus.

While a federal court eventually dropped the case, citing a lack of jurisdictional authority to proceed, it received widespread coverage and congressional scrutiny. In October 2012, Senator James Inhofe (R – Okla.) asked that the U.S. Senate Committee on Environment and Public Works immediately hold hearings to look into the Environmental Protection Agency’s practice of deliberately exposing vulnerable human test subjects to PM2.5 and diesel exhaust to which EPA’s public statements allege there is no safe level of exposure.

In March 2013, three North Carolina state senators dropped a bill aimed at halting EPA’s unethical practice of using human subjects to research the impact PM2.5.  If passed, the law would make any person who violates it guilty of a felony, a serious crime that can carry a sentence of more than a year to nearly three years.  The bill was a direct result of the publicity received about E&E Legal’s EPA PM2.5 human experimentation suit.