by Katy Grimes
As Appearing in the California Globe

President Donald Trump stopped in Sacramento, CA Monday to meet with Gov. Gavin Newsom and state officials to discuss the 2020 wildfires. Trump was in California last year as well during the wildfires, and warned that forest management needed to be more aggressive to ward off ongoing devastating wildfires.

The Governor and Natural Resources Secretary Wade Crowfoot told the president he should acknowledge the role of climate change in the worsening of the wildfires, and claimed that August in California had record high temperatures. But that just is not true according to scientists and meteorologists.

Anthony Watts, a Northern California meteorologist forwarded this graph to the California Globe: 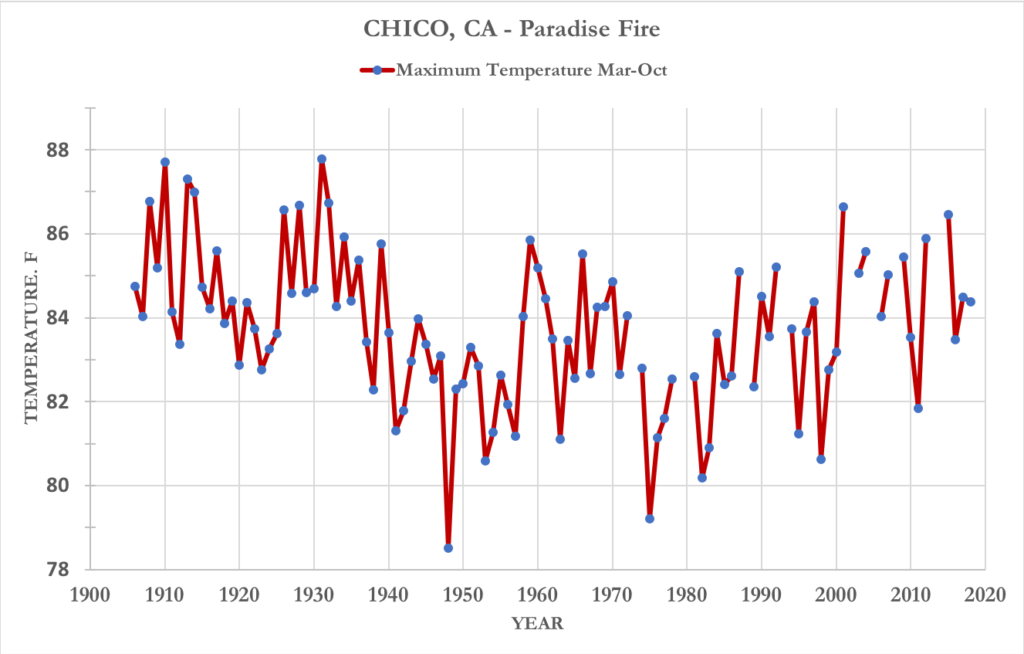 “This is a graph of High temperatures during fire season (March-October) for Chico going back to 1900,” Watts said. “Note that temperatures were significantly higher in the past than today, completely negating the ‘climate change’ claims for the #campfire event. The data is from the Western Regional Climate Center. I also checked other weather data near major fires and they show the same thing….warmer in the past.”