Years ago, the science was settled, the world’s oil reserves would peak in 2010 and the U.S. energy economy would be forever tied to one of the most unstable regions of the world and other OPEC countries. However, today, President Trump spoke about American energy dominance and exporting more of what we produce to the world. He said this while OPEC is wondering how to stay relevant.

This is because all the scientists and prognosticators who spoke about “peak oil” were wrong. New science and technologies have allowed companies to find new reserves and techniques to produce more oil, natural gas, and coal than ever before, and do it in a cleaner, more environmental friendly way. Hydraulic fracturing has been instrumental in America’s energy renaissance, and our increased use of abundant, cheap, and reliable natural gas has helped reduce carbon emissions to a 27 year low, not so called “green” energy. Costly, unreliable wind and solar account for less than seven percent of energy produced in the U.S.; natural gas is nearly 34%.

While President Trump has almost single-handedly resurrected the coal industry, it was hydraulic fracturing that saved the economies of Western Pennsylvania and Ohio during the Great Recession, created an economic boom in North Dakota, and kept our economy growing, even as President Obama worked to undermine the industry. Because of American technology, drive, and know how, and the leadership of President Trump, our energy future will no long subjected to the whims of far off dictators and unstable regimes.

Our Founders understood the importance of being free from far off governments who did not have our best interests at heart. In his speech, President Trump underscored that point by promoting a vision of America’s energy dominance and independence. 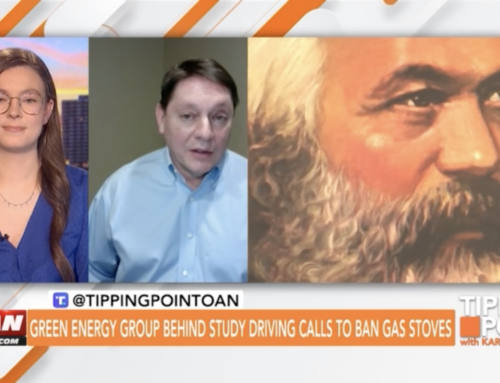